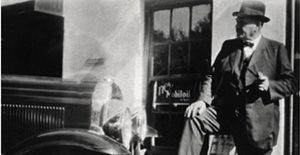 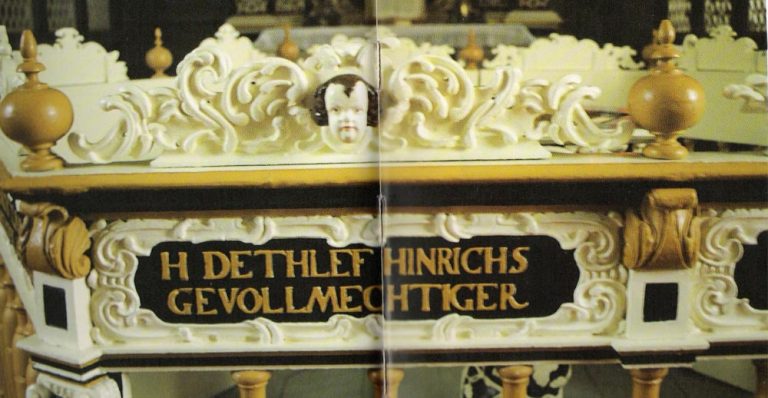 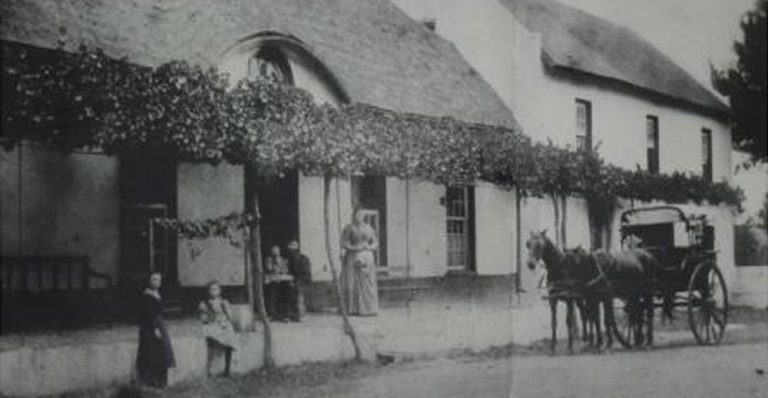 A maiden voyage from Europe on 3 October 1752 was the start of a legacy and set in motion the story of the 2nd oldest wine estate in South Africa owned by the same family.

Each of the seven generations contributed in their own unique way since 1822. A golden thread runs through our history, reflecting a boldly individual approach, a strong set of values and a long-term focus. Since 1994 there were more focus on the international markets and today more than 85% of our wines are exported. Currently it is my responsibility to create more opportunities for generations to come and to tell the story.
-Kobus Deetlefs

The original Deetlefs was a German soldier from the Hennstedt-area in Dittmarchen, Germany by the name of Johannes Deetlefs (Detlefs / Dethlef) who reputedly arrived in SA in 1753 after been put ashore in Saldanha Bay because he was, as the story goes, a bit “difficult”. He established himself in the district of Roodezand (Tulbagh).

Johannes Deetlefs married Aletta Claasen on 10 October 1773, the daughter of Claas Claasen from Delve in Ditttmarchen and Aletta Knoetzen.
Johannes died 4 years later on 13 Feb 1777 in Roodezand (Tulbagh). They had one child, a son Nicolaas Johannes.
Tulbagh is the fourth oldest town in South Africa (after Cape Town, Stellenbosch and Swellendam) dating back to the early 1700s. Charming Church Street boasts the largest number of Cape Dutch, Edwardian and Victorian provincial heritage sites in one street in South Africa, all lovingly restored post the devastating earthquake of 1969.
Settled in 1699 by 14 farmers, the town itself only began to develop from 1743.

Nicolaas Johannes Deetlefs (“gedoopt 2 April 1774″) married Maria Elizabeth du Buisson (“gedoopt 23 November 1777″) on 23 November 1800.
They lived in the outskirts of the Swellendam district (“voornoemd Caledon”) and had 5 children (2 daughters and 3 sons). Swellendam, founded in 1745, is the third oldest town in South Africa and also one of its most picturesque. Their son, Nicolaas Johannes (born 28 February 1803), came to De Grootte Eiland in the Goudini-area, where Deetlefs Estate is situated today, somewhere between 1816 and 1822. 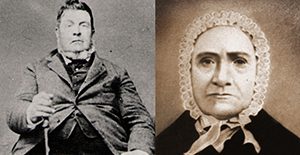 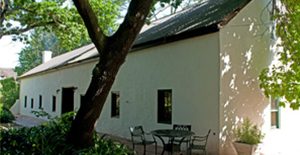 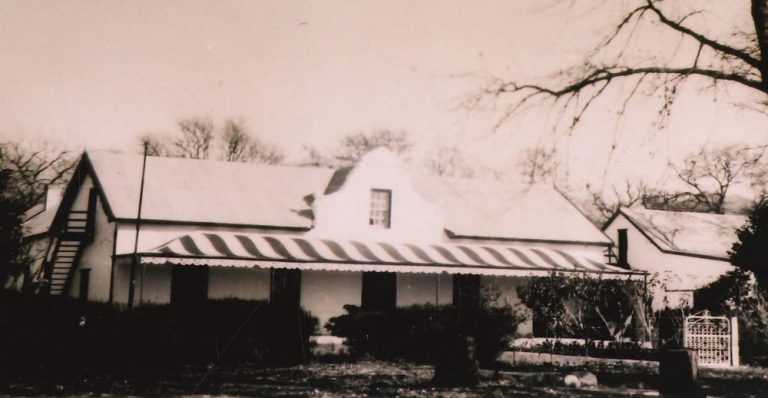 He died of measles at the young age of 36 and his wife farmed the land, known as Lebensraum, alone, for almost 50 years. 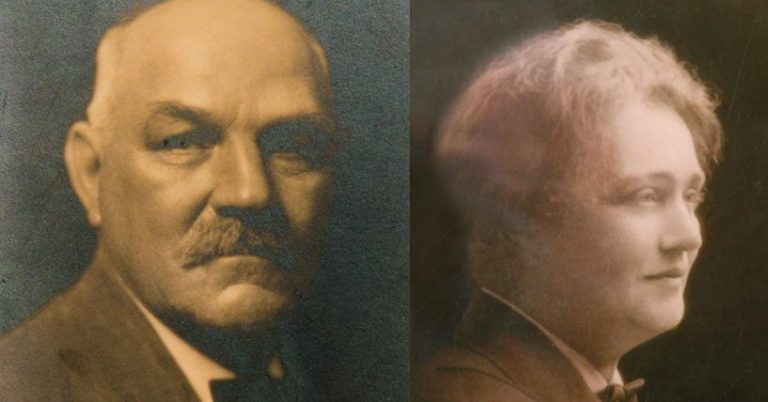 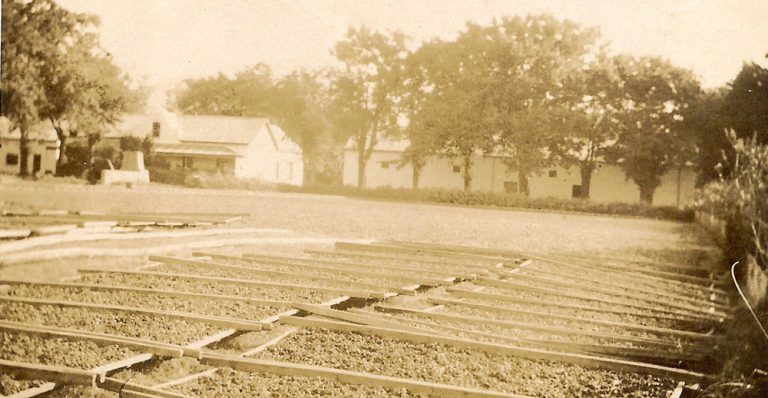 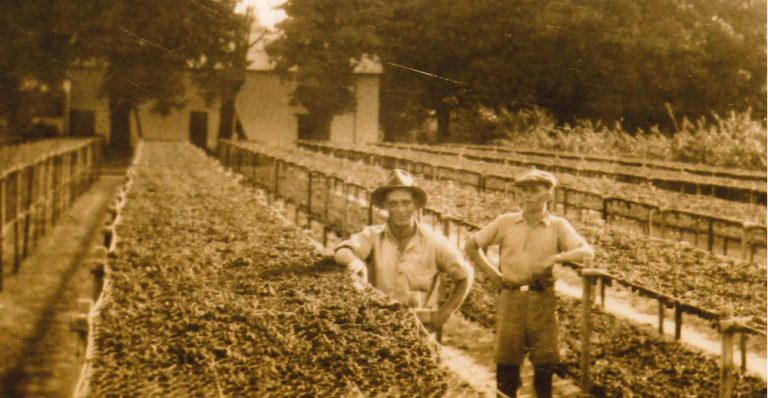 Philippus Petrus Deetlefs (31/8/1863 – 24/10/1943) married Margaretha Jacoba de Wet (6/7/1871 – 25/11/1921).
In an article after his funeral (Die Kerkbode 10 November 1943) he was mentioned as “an imposing man: in body and soul; as well as outlook and faith – his word held authority”. He was known as a dynamic leader, stubborn and individualistic. The story is told that he was warned by a British Commander, who made camp on the farm in ±1901 during the Anglo Boer war, not to come nearer than 100 yards from the camp as they would shoot on sight. He returned their warning by making it clear that he would shoot on sight if they came close to his sheep-kraal.

In 1920 the cellar was expanded and 23 more tanks were built.Jacobus de Wet Deetlefs (23/8/1905 – 4/6/1965) married Anna Aletta Marais (31/3/1906 – 23/11/1996 in 1934.
Here he is with his wife and only son Philip.Koos Deetlefs was known to be soft-spoken, generous and individualistic.Special Permission
The third homestead was built in 1945.
Since the construction took place during World War II, they had to obtain special permission from ParliamentTurning Point
Under his ownership the farm was well-known for its quality wines and raisins. In the late 1940’s a Control Board was established for dried fruits, which he furiously opposed as it was the end of a free market where quality was the determining factor.
He decided that not one raisin would be sold to the Control Board and the cellar was expanded to accommodate the additional grapes. An invitation to serve on this Board was turned down as he was not prepared to be part of any organization that would lead to the downfall of co-farmers: – prophetic words.
Shortly after that, in 1948, he also turned down an invitation to become part of a co-operative winery as he had already invested in additional capacity.

A Team Effort
Young and old were involved in the wine making process as the emphasis shifted 100% towards wine.
In 1958 a wooden Vaselin-press was imported and installed.

… A story well worth telling…
Abraham Izak Perold, the father of Pinotage, became the first professor of Viticulture at Stellenbosch. He later became Dean of the Faculty of Agriculture at the university.
In view of his phenomenal knowledge of the grape varieties of the world, his selection of breeding parents for Pinotage would seem strange. Why did he want to cross Pinot Noir, the prince of French red grape varieties, with Hermitage, a much more humble variety which did, however, perform well under local conditions? Did he, being the intellectual giant that he was, perhaps have a good idea of what the end product could be? He did not leave any notes to explain his choice.
The cross produced only four seeds, not thousands as are common in today’s breeding programmes. The fact that Prof Perold planted these seeds in the garden of his residence at Welgevallen during 1925, and not in the University’s nursery, leaves one wondering whether they were so special to him that he actually wanted to keep them under his eyes.
At the end of 1927 Perold took up a position with the KWV in Paarl. His official residence at Welgevallen stood unoccupied for some time, so after a while the University sent a team to clean up the overgrown garden. The well-known Dr. Charlie Niehaus of SA sherry fame, then still a young lecturer, knew about the four seedlings. Through a twist of fate he cycled past Perold’s former residence, and was just able to save the four seedlings from the team’s sharp spades which cut through the weeds and plants alike. They were re-established in the nursery at Elsenburg Agricultural College by Prof CJ Theron.
One of these grafts performed markedly better than the rest and was eventually selected to become the mother material of all Pinotage vines.
Pinotage, uniquely South African, is today recognized as one of the leading red wine cultivars in the world.

Philippus Petrus Deetlefs (17/1/1936 – 5/4/1992) married Denise Dreyer (19/2/1939 – ) and they had four children.
He graduated in 1957 at the University of Stellenbosch (B.ScAgric Oenology) and took over the farm in 1965 after the death of his farther. Philip, who had a special gift to see the bigger picture and give perspective, was known as a humble person with good people skills and an individual approach.
In an interview documented in the 80’s he said: It is a family business, but the family has decided they are not prepared to stagnate in the traditions of their heritage!
He was well-known for his special love for oak trees.

Innovation
In 1966 the farm won the trophy for “The Best Specialized Farming Practices”
He had an eye for detail, a scientific approach and firmly believed that quality originates from the grapes.

Best Practice
In 1976, for the first time ever, a fortified Hanepootwine (Muscat d’ Alexandrie) won the Champion Young Wine Competition and Philip was nominatedWinemaker of the Year. In 1979 the Hanepoot received a Superieur seal (only 4% of all wines in South Africa).
He did not want to keep records of the accolades of the past as his philosophy was that it is all about the future and that continuous quality will determine success.

Under Philip’s control the farm was registered as a Wine Estate on 4 November 1977, new vines were planted and the production was doubled over a 19 year period.
The cellar was modernized and significantly expanded in the early 1970’s and 1984 (photo of cellar 2000)

Jacobus de Wet Deetlefs (27/8/1963 – ) married Isabella Helena Meyer (22/10/1964 – )
They have 4 children, Elsie Johanna Jacoba, Denise Frances, Philippus Petrus and Willem-Karel (seventh generation). Kobus Deetlefs graduated in 1986 at the University of Stellenbosch (B.ScAgricHons Wine & Viticulture) and took over the responsibility in 1992 after the death of his father.

A sustainable Family Wine Business in the medium and high segment that unlocks opportunities through a bold approach, creating an ultimate service and lifestyle experience.
In 2000 our business have been restructured to facilitate the growth and development.
Contributing to our success is a focussed multi-disciplinary team. 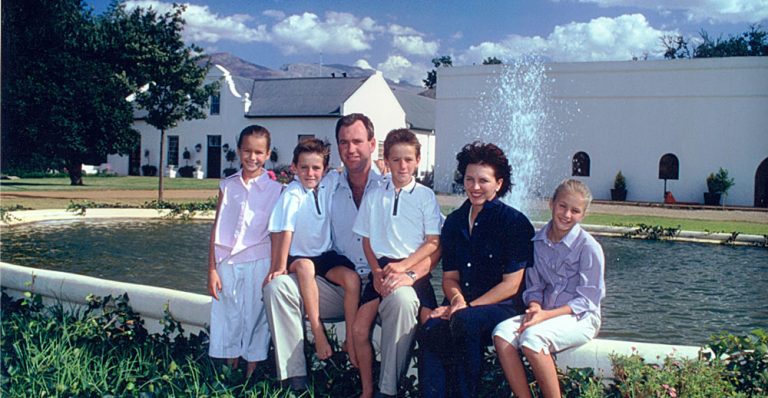 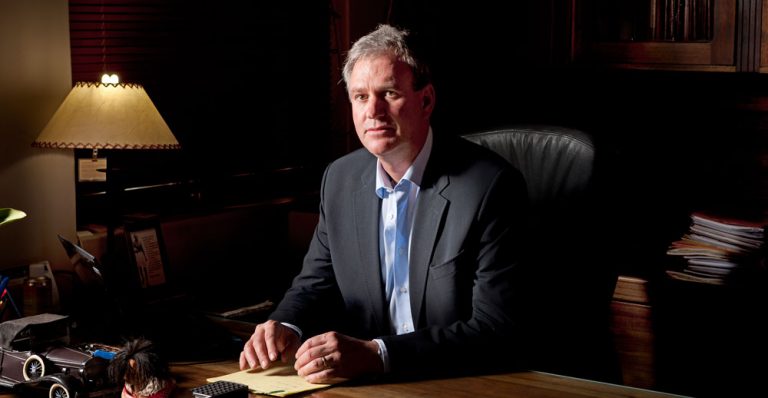 Our first export was in 1999.
We have successfully developed our brand in various markets abroad. Exports contribute to 80% of our business today.

SAA Chief Executive Officer Trophy!
On 4 November 2006 Deetlefs Wine Estate was awarded the SAA Chief Executive Officer Trophy for the best winery in South Africa with the most listings in 2007 after an extensive blind tasting by 12 South African and international wine experts. This trophy has previously been awarded to top wine producers such as Vergelegen and Rustenberg. Deetlefs was also runner up for the SAA Chairman’s Wine Award for the largest volume purchased by the airline winner, emphasizing the fact that Deetlefs has differentiated itself as a top quality brand which can deliver significant volumes.
Five of Deetlefs Estate’s wines were listed with SAA for 2007 including Stonecross Chardonnay (Economy Class), Stonecross Merlot Pinotage (Economy Class), Deetlefs Estate Weisser Riesling (First and Premium Class), Deetlefs Estate Pinotage (First and Premium Class) and Deetlefs Familie Semillon (First Class).
Over 1200 wines were entered into this prestigious annual competition.

Lufthansa naming ceremony
On 28 June 2011 Deetlefs Wine Estate was honoured to be the exclusive wine supplier on board the Scenic Flight South Africa LH342 on the occasion of the Naming Ceremony of Lufthansa’s A380 “Johannesburg”. The menu for the flight was impressive with only the best international ingredients being used and the Deetlefs wines were a perfect match. The wines served were the Deetlefs Familie Methodé Cap Classique, Deetlefs Estate Merlot 2008 and Deetlefs Estate Sauvignon Blanc 2010.
“Lufthansa has been serving Johannesburg for nearly 50 years and the naming of one of their A380’s reflects the very close relationship which has developed over five decades between Germany and South Africa.” -Kobus Deetlefs

Top Pinotage Vineyard
In 2012 Deetlefs Wine Estate received the Vinpro-award for the best Pinotage vineyard.
Pinotage was first planted on the estate during the early 1990’s and the grapes for award winning wines come from balanced vines originating from good long-term viticultural practices.
Chenin Blanc takes top honours
At the end of 2015 the Deetlefs Estate Chenin Blanc 2013, with which Ferdi Visser won the Winemaker of the year award, had the final say!
In 2015 Deetlefs Wine Estate is also celebrating its exceptional achievement for their first place in the Vinpro Worcester/Breedekloof Chenin Blanc Vineyard Competition.
Good agricultural practices are a combined form of art, science, skill and passion; something we take very serious here at Deetlefs Wine Estate. These practices are the important foundation assisting our winemaker in producing wines of consistently high quality.

The Future
“Control your own destiny and don’t follow trends; set them….
One of the greatest challenges and achievements was turning a family owned Wine Estate into a dynamic Wine Group, based on the culture and values of the Deetlefs Family. A Family Business creates the best possible options for sustainable growth if it is well-structured and has clear guidelines/policies in place”. – Kobus Deetlefs